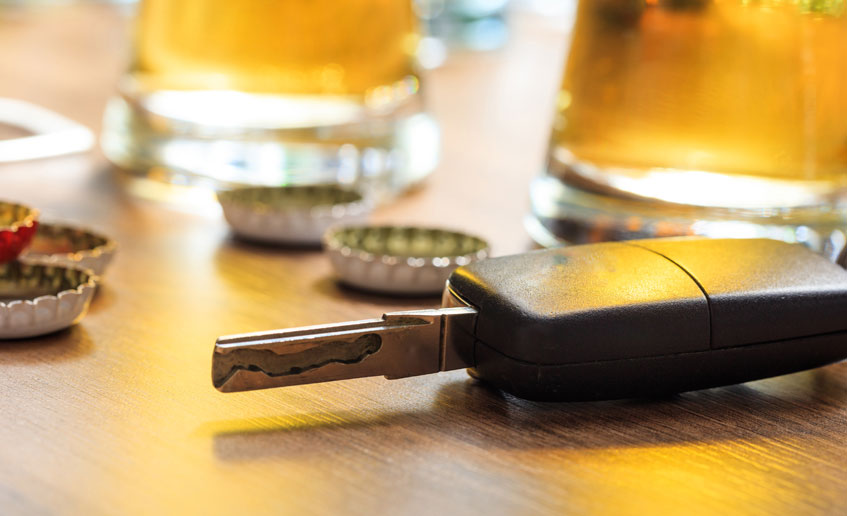 A well-known South Toledo bar and grill has agreed to a settlement in a liquor liability case involving a customer who was critically injured in a horrific accident after leaving the bar. Norman Abood, who has a significant successful track record in personal injury cases, represented the winning plaintiff in the case.

The case involved two men, Austin Kekes and Ryan Benham, who were drinking and eating on May 9, 2019 at Doc Watson’s, a popular South Toledo establishment on South Bryne Rd. at Glendale Ave. The men consumed significant amounts of alcohol before leaving Doc’s when it closed at 2:30 a.m. With Kekes driving and Benham as his passenger, Kekes pulled onto Glendale, heading east, and quickly had the car up to 99 mph before he lost control and struck a tree in the 3000 block.

In video footage of the accident obtained by Abood from a nearby business video camera Kekes’ car can be seen splitting in half after hitting the tree. Somehow, Kekes, who was not wearing a seat belt, walked away from the accident – he can be seen leaving the scene on the video tape. Benham was not so fortunate. He was thrown from the wreckage and landed on his head, suffering significant, permanent brain injuries. Only the chance arrival of a neurological nurse on her way to work and her immediate treatment and 911 call saved Benham’s life.

Kekes left the scene and went home where he was found by police later that morning. He was charged with aggravated vehicular assault. Kekes was found guilty in February 2020 and sentenced to five years in prison.

Benham underwent a number of procedures at the University of Toledo Medical Center for his head and other injuries, including skull restoration surgery. Although his torso and leg injuries have also left him with disabilities, the traumatic brain injury he suffered left him with the mentality of a young boy with no hope of improvement. Now 27, he is presently living with his mother.

Abood filed suit on behalf of Benham against Kekes and Doc Watson’s. Kekes did not own the car he was driving and had no insurance, so the suit focused on Doc Watson’s. The suit against Doc Watson’s claimed the bar was at fault for continuing to serve alcohol to Benham and Kekes, knowing they were both far over the legal limit. The bar defended, claiming that Benham was drunk and should not have gotten in the car, and that he was not wearing a seat belt.

The case tuned when Abood received bar video footage previously seized by the Lucas County prosecutors’ office which showed both bartenders drinking alcohol while Benham and Kekes were present. The footage also showed one of the bartenders drinking while on duty the previous night, May 8.

The case was settled on March 17 of this year.

Although Abood is happy he won the case and was able to help his client, he feels there are no real winners.

“Ryan Benham is disabled for life. Austin Kekes is in prison and, worse, he acted as if he didn’t know who Ryan was, even though they were good friends. And, obviously, this is a stain on Doc Watson’s for not being more pro-active in cutting off both men from drinking. Still, Ryan and his family will have the funds they need to help provide for his future care.”

Abood has a strong track record in personal injury cases. He was in the national spotlight in 2013 as the attorney for an NFL player who was part of a winning $1 billion class action suit against the National Football League over traumatic brain injuries being suffered by the players. More recently, he won a large case on behalf of a Toledo chef who suffered a traumatic brain injury when rear-ended by a semi-tractor-trailer rig.